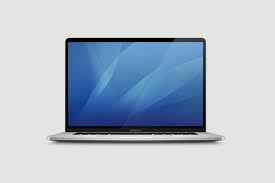 Rumors have been circulating for months that Apple is readying a new, 16-inch MacBook Pro model — some reports claiming as early as this year — and we might have just gotten a first look at it, thanks to a new image hidden in the latest macOS Catalina 10.15.1 beta that was uncovered by MacGeneration.

The file apparently refers to a new MacBook Pro model designated “MacBookPro16,1” (which in and of itself just indicates that it’s a new model — the 16 here is likely just a coincidence based on how Apple does its model numbering), and features a thumbnail image for what definitely looks like a larger MacBook Pro with thinner bezels than the current 15-inch model’s icon.

MacRumors has confirmed that the files — which depict the new model in both silver and space gray colors — are present in the current beta. This means that if the image is accurate to the finished design (and not just a placeholder), then we could be getting our first good look at the newest MacBook Pro.

While the image is definitely of a larger MacBook with thinner bezels, there’s no way to tell from here whether the most requested change — a new scissor-switch keyboard that’s rumored to be debuting on the 16-inch model to replace Apple’s heavily maligned butterfly switches — is present as well.

It wouldn’t be the first time Apple’s accidentally leaked a new product design with beta icons, either: the company confirmed the iPhone X’s redesign with a beta icon, as well as the iPhone XS Max and iPad Pro redesigns last year. Most recently, Apple’s rumored noise-canceling AirPod Pros might have made an appearance in the iOS 13.2 beta.

Apple’s been rumored to be working on a 16-inch MacBook Pro that would debut a new design for some time, with Apple analyst Ming-Chi Kuo claiming that the larger model will introduce a new keyboard that will trickle down to the rest of the lineup in 2020. Historically, Apple has had a second fall event in October where it has tended to focus on iPad and Mac updates. Combined with the beta images, it could mean that we’re just a few days away from Apple formally announcing the new laptop.