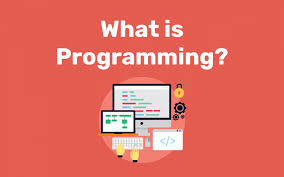 We all have heard about Computer Programming gaining a lot of popularity in the past 3 decades. So many students these days want to opt for a Computer Science stream in order to get a job at their dream tech company – Google, Facebook, Microsoft, Apple and whatnot.

What is Programming?
In this blog post, we will decipher the term “programming” and understand its usage and many other related terms.

Understanding Programming in layman terms
Programming is a way to “instruct the computer to perform various tasks”.

“Perform various tasks”: the tasks could be simple ones like we discussed above (adding 2 numbers, rounding off a number) or complex ones which may involve a sequence of multiple instructions. For example:

Hence, in summary, Programming is a way to tell computers to do a specific task.

Why should you bother about coding?

You must be wondering – why does one need a computer for adding or rounding off numbers? Or even for simple interest calculation? After all, even an 8th standard kid can easily do such things even over large numbers. What is programming used for? What benefits do computers offer?

Well, computers offer so many benefits:

Let us now get into an actual program

Writing your first program
Python is a widely used programming language. It is extremely beginner-friendly. You can download Python here: https://www.python.org/downloads/. After downloading, run the installer in order to install Python on your machine.

Save the file on your desktop as my_first_program.py

Now, do one of the following depending on your operating system:

That’s 548, computed by your computer in the blink of an eye! A typical human will take minutes if not seconds to get the result. You see the power of a Computer?

Congratulations, you’ve written your first program. Let us understand how it works.

We are declaring here that we have a “placeholder” called as a to which we assign the value 54.

Finally, after the computation is done, we want to display the result on the screen. For this, we have used the print statement which essentially throws the result on your screen.

So, that was about the very basics of Computer programming. Hope you enjoyed reading it. Computer Programming is a huge field and there is a lot to explore further. Keep learning and keep exploring.

If you have any questions or doubt, drop it at the comment box. we will reach you as soon as possible. 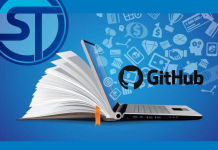