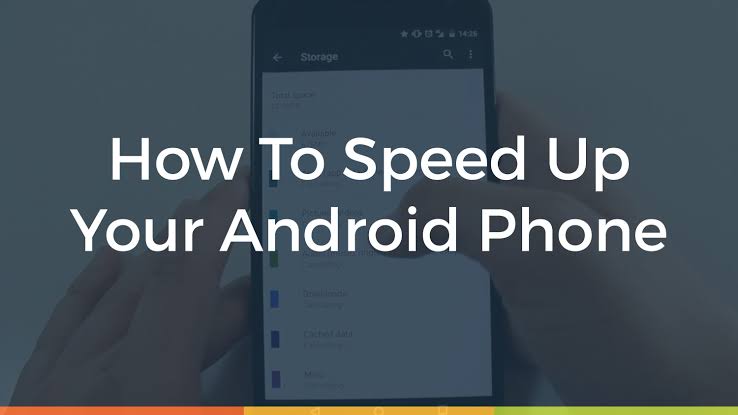 If your Android phone has slowed down over time, you can make it run faster by following just a few quick tips. Here’s how to do it.

Your apps are constantly caching small pieces of data, which typically will speed up the performance of your phone. But if your device is running low on storage, cached data will start hurting more than it helps. Here’s how to clear it out and start fresh.

1. Navigate to Settings on your phone.You can find settings in the app drawer. Animations make all of the transitions and interactions with your operating system appear more fluid — right up until your phone starts slowing down and those animations start looking like stop motion video. If the animations aren’t flowing so well anymore, turning them off completely will both look better and free up a little processing power.

1. Navigate to Settings on your phone.You can find settings in the app drawer. 3. Tap the Build number 7 times.You will see a message that you have enabled Developer options. Right now, your Android phone probably had a number of apps pre-installed by your carrier or the phone manufacturer that have gone completely unused. It’s even more likely that over months or years, you’ve added some unused apps of your own that are still taking up precious space on your phone. If things are slowing down on your device, a lack of available storage might just be the culprit. Here’s how to free up space.

1. Navigate to Settings on your phone. You can find settings in the app drawer. 3. Find an app you wish to uninstall and tap on it. Each app displays the amount of storage it is using below the app name, so you’ll know how much space you need to free up. 5. Repeat Step 4 as needed until all unwanted apps are removed.

Widgets are an amazing feature of the Android operating system that allows you to see and interact with apps on your homescreen without needing to actually launch the app. While they will save you time when your phone is quick and new, eventually they can drag the speed of your entire device down. It’s time to cut back or remove them entirely. follow the steps to remove the widgets.

1. Navigate to the widget you wish to remove. 2. Long press on the widget. Remove and App Info will appear at the top of the screen. 3. Drag the widget to Remove and release. With about 90 percent of Android users sticking with the Chrome browser, this is going to help the vast majority of you speed up your mobile web browsing. As an added bonus, it will save you some data if you aren’t on an unlimited cellphone plan.

Data Saver mode in Chrome for Android allows Google to compress the pages you are viewing by around 30 percent and up to 50 percent for video, meaning less data usage and faster browsing.

1. Navigate to the Chrome Browser. 2. Tap the overflow menu button in the upper-right corner. 5. Toggle the switch in the upper-right corner. NOTE: Sometimes, other things that can reduce your Android speed is too much incoming notifications and messages from social media when you turn ON your cellular data. To fix this, do your self the best and exit from group chats, Turn off your browser notifications, and notification from other apps.

You can also fix this by turning ON your mobile data, and allow the notifications to load for about 5 mins before operating the phone.