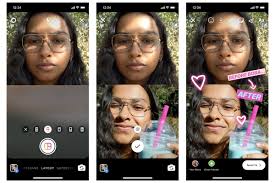 Instagram’s newest Stories feature allows users to post multiple photos on one screen. The feature, called Layout, is launching globally today, and people can incorporate up to six photos. It’s a simple feature, but one that’ll likely be popular, especially given the multiple third-party story-editing apps that offer something similar. Within Instagram, the only way to previously pull off a similar trick was to copy a photo from a gallery and paste it in a text box. (It really works!)

This feature speaks to Instagram’s power, because while this layout tool might be a selling point for third-party apps, once Instagram incorporates it into its own app, its billion users no longer need a solution from a separate company. It’s similar to Instagram’s Boomerang feature that rendered gif-creating apps useless.

Instagram has been steadily building out new features for Stories, especially with its new Create mode, which gives people a place to make content beyond just photos. There’s a typing mode, templates with conversation prompts, and throwback posts, among other options. Create mode launched in October this year and is already bloated, so while it’s not surprising Instagram is still building it out, it’s also giving people, potentially, too many choices.

Strike a pose. And another pose. And then another. 📸

With Layout, you can now capture and share multiple photos in your story — a new, creative way to express yourself. Check it out! pic.twitter.com/j02aYOjsoO