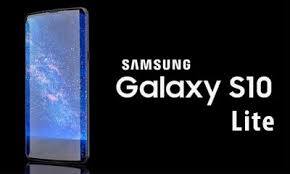 Specs for Samsung’s Galaxy S10 Lite have coalesced ahead of its imminent European launch. WinFuture.de posted details based upon a data sheet they’ve seen that match up nicely with previous rumors and FCC filings. So… Here comes your very 1st look at which I assume will be launched as #Samsung #GalaxyA91 and/or maybe #GalaxyS10Lite! 360° video + gorgeous 5K renders + dimensions, on behalf of my Friends over at @91mobiles (please read the linked post carefully) -> https://t.co/sZRK2Rqlay pic.twitter.com/SPdwVgzBjA

The S10 Lite will be available in Europe soon, priced at €680, according to WinFuture, in choice of black, white, or blue. Otherwise, wait and see what Samsung has planned for the Galaxy S11 series launch in February.