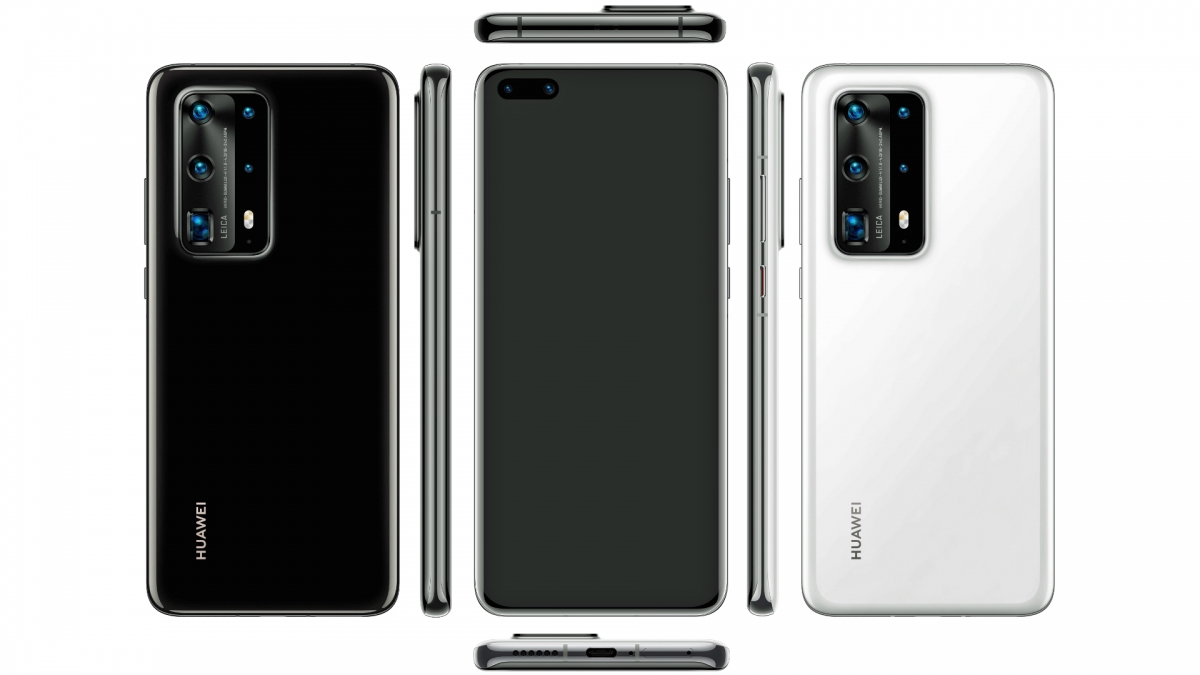 This is the P40 Pro. The most prominent design feature revealed in the images is the colossal camera bump that houses five lenses, one of which is a periscope-style telephoto camera. The Leica branding and technical details describe the array as covering 18-240mm equivalence, which between the ultrawide and telephoto should amount to more than 13x zoom reach. It’s likely, though, that Huawei is relying on software enhancements to arrive at that figure. On the front of the phone you can see a notchless screen with a hole-punch cutout for two selfie cameras. The power button and volume rocker are on the right edge, the top and left sides are essentially blank, and there’s a USB-C port and speaker on the bottom. No headphone jack, unsurprisingly. Huawei’s last two P-series flagship phones have been announced in Paris in March, so an official launch shouldn’t be far away. The difference this time, of course, is that Huawei may again be forced to release its phone without onboard support for Google services.