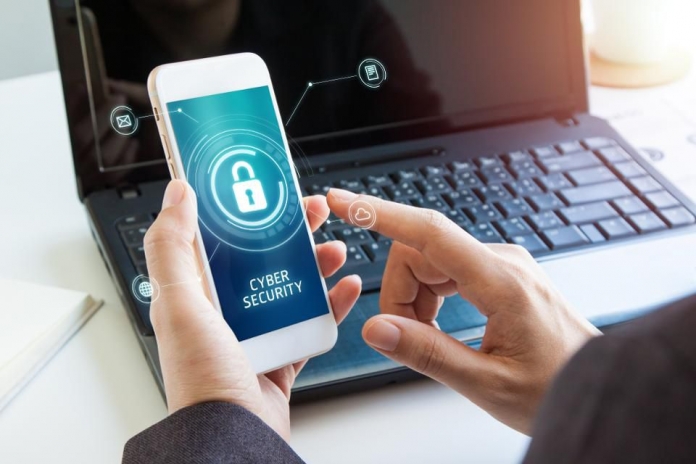 Each day, we read about security breach somewhere in our digital world. It has become so commonplace that we hardly react anymore. Target, J.P. Morgan, iCloud, Home Depot, and more.

Those are just the big ones that get reported in the news. Millions take place every year which are not reported. Despite that, the public is suffering from “security breach fatigue.” No one seems to care anymore. As the public becomes “dulled” to the importance of these breaches, they are more likely to ignore some basic measures to protect their systems.

There are so many ways to attack an online computer if someone is determined to hack you with the knowledge and skills. If it seems difficult for fly-by hacker to get into your system, they target their efforts to someone who is much easier to victimize.

One of the first things you need to understand is that hackers are constantly scanning the world for vulnerable systems. They simply write a little program or script to scan every IP address looking for a particular known vulnerability to hack. When they find that your system has that vulnerability, they begin the attack immediately. If your system doesn’t come up on their radar, they will simply pass you by and look at the next online computer.

Here are few common-sense measures to keep yourself from being hacked. I’ve tried to arrange them from the most basic to more advanced. Obviously, the more of these measures you implement, the lesser the chance of you being hacked.

Note: I use the term “malware” here to indicate any type of bad (malicious) software. This includes viruses, trojans, worms, adware, rootkits, etc. Rather than trying to make distinctions between each of these types of software, I prefer the all-encompassing term malware.

1. Use Stronger Passwords
Password is your first line of defence in this digital war between hackers and the potential victims. If they can get your password, the rest is easy. Most people use simple-to-crack passwords that anyone could decipher in minutes or hours at most, rather than using great lengths of password. Using “I<3mtnb1K1ng&H1k1ng” as password may be an impossible passphrase to crack.

2. Use Two-Factor Authentication
Nearly all computers and all systems (home security systems, car lock, garage door opener, iCloud, etc.) require a username and password to authenticate. To authenticate means to prove who you are. More secure systems are now using two-factor authentication, the first factor being your password.

Also Read  How to Setup Fingerprint Lock on WhatsApp

Authentication factors are generally broken down into three categories;

By acquiring second authentication factor, you can make it MUCH harder for hackers to hack your system. Cracking passwords, no matter how complex, can ALWAYS be cracked given enough time and resources. By acquiring a second factor such as your fingerprint, it makes it much more difficult for hackers. Impersonating your fingerprint is possible, but far more difficult than cracking your password.

Other potential two-factor authentication systems many companies and military organizations are using is some type of token (something I have). This is usually some smart card that identifies the user. Although no method is perfect, but the combination makes you much safer from hackers.

3. Avoid Clicking Suspicious Link
I know this is super information, but avoid clicking links sent to you on email. it might appears to be a trusted source, such as your bank or friend, NEVER click on a link in your email. It is so easy for hackers to embed malware in that innocuous-looking link that appears to be real.

In addition, if hackers hack your friend’s email account because they had a weak password, They can also send you emails from his/her account with malicious links that will give them control over your computer.

Once they have control over your computer, They can steal whatever information on your computer including your passwords to other accounts (bank, brokerage, other email accounts), social security number, and your identity.

4. Do Not Use P2P File Sharing Networks
This only applies to few victims. Do NOT use peer-to-peer file sharing sites. For the uninitiated, peer-to-peer (or P2P) file sharing is the uploading and downloading of music, videos, TV shows, movies, documents, and more from one computer to another without using a centralized server.

This is the preferred method of sharing pirated content. Billions of files are shared this way every year. In fact, the HBO show Game of Thrones was shared this way illegally almost 6 million times alone last year. This makes HBO very unhappy, despite their lax password-sharing rules.

Also Read  Useful Android Tips And Tricks You Should Know

Music, movies, documents, and other files are really easy to embed malware on. This means that when you download files from P2P networks, you are exposing access to your system. In reality, almost all of these files have malware in them. I can guarantee you that if you have downloaded at least one file from P2P, your machine is infected with malware, probably irretrievably.

5. Keep Your System & Apps Updated
New security vulnerabilities (holes) are being discovered daily in your operating system (Windows 7, 8 or 10, Linux, Mac OS X) and your applications (Word, Excel, Flash, IE8, Adobe Reader, etc.). When these vulnerabilities are found, hackers develop a way to exploit that vulnerability.

After these exploits, the result are passed around to other hackers and all will be trying to use them against you. This then allows them to install malicious software on your system to control it and steal your resources and information.

When the software developers such as Adobe, Microsoft, and Apple learn of these vulnerabilities, they develop “patches” to close these security holes. They release these patches in the updates they offer you, sometimes daily. You must update to be secured!

Hackers, love when people refuse to update because the old tried-and-true exploits will work with their systems. If you update, they will loose the current vulnerabilities they have with your system.

Updating all of the software on your system is perfect, not just your operating system. Hackers love Adobe products that is mostly found in every system. These include Flash Player and Adobe Reader. They are such fertile grounds for hackers as they are so BAD from a security perspective. They find new security hole almost daily in these poorly-designed products.

96% percent of Adobe products downloaded from internet and Disk/Flash drive contain viruses. They might be seem to be virus free but secretly containing malicious content that can expose your system to hackers. I advice download Adobe products from official Adobe website and Google Play for mobile users.

6. Use Antivirus Products & Keep Them Up to Date
Everyone should have some form of antivirus software on their system. AV software is not perfect, but is certainly better than nothing.

Also Read  5 ways to speed up your Android smartphone

In many cases, a well-designed malware can embed itself into the Windows system files and your AV software can neither detect it or remove it. In some cases, it can even disable your AV software.

7. Do Not Use Adobe Flash
Adobe’s Flash Player is almost in every computer, even some Android users installed it manually. It enables hackers to run those interesting Russian dashcam videos as well as YouTube, animations, etc. When you click the link to view these videos and animations, you’ll get the annoying message that “You need to install Flash Player to play the video”. this message often appears in a blank screen.

A few years back, Apple and Steve Jobs made a controversial decision to ban Flash player from their iOS. Flash Player is among favourite pieces of code to hackers. Almost everyone has it and is SO flawed. I know this is a radical step, but if you really want to make certain that your system is “bullet” proof, remove Flash Player from your computer, tablet, and smartphone. Even with updates, new vulnerabilities come out daily. This App is hackers best friend.

8. Use a Good Firewall
I strongly suggest to install a third-party firewall for better protection.

There are many third-party software firewalls out there, but I suggest Zone Alarm’s Free Firewall. As the name implies, it is free and very effective. Not only blocking outsiders from getting in, it also stops malware from accessing resources on your computer and taking out reports (hackers need to control the malware, so the malware must be able to communicate OUT to be effective).

If you take this basic measures of this tutorials, you’ll protect your data and information, thereby making it far more difficult for hackers to exploit on your system.